Doug studied with Learning as Leadership in the late 1990s and early 2000s, graduating from their One Year leadership development program in 2000 alongside business teams from top companies across the world. In college, Doug enjoyed studying ancient Greek and Latin languages, as well as mathematics and philosophy. Doug lives in San Francisco with his wife, son and two daughters, and enjoys traveling the great state of California in his free time, as well as bicycling. Doug is a member of City Church of San Francisco. Doug was the son of an engineer who contracted cancer and died as a result of his exposure to toxic chemicals while working for a major U.S. corporation. Despite the fact that he was exposed to carcinogenic chemicals at his workplace and required to work with them, no warning or protection was given to him, in an egregious lack of worker safety practices. Doug uses this life experience to help relate to and understand his clients, expanding this understanding to all clients and the importance of proper legal redress. Our goal at Atkinson & Shenfield is to always strive for the best case results possible. 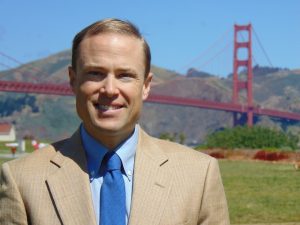